The Slumdog Theater group under supervision of actors of the Dramatic Adventure Theatre from NY rehearsing with youngsters from the Roma settlement. The Slumdog Theater group was founded in the Roma settlement 'Budulovska Street' close to Kosice and their goal is to communicate the problems of young people living in socially excluded settlements. In 2012 they were invited to perform for the European Commission in Brussels. The city of Moldava nad Bodvou has roughly 11200 inhabitants, about 1980 (18%) of them have Roma ethnicity and around 800 are living at the segregated settlement 'Budulovska Street' (2014). 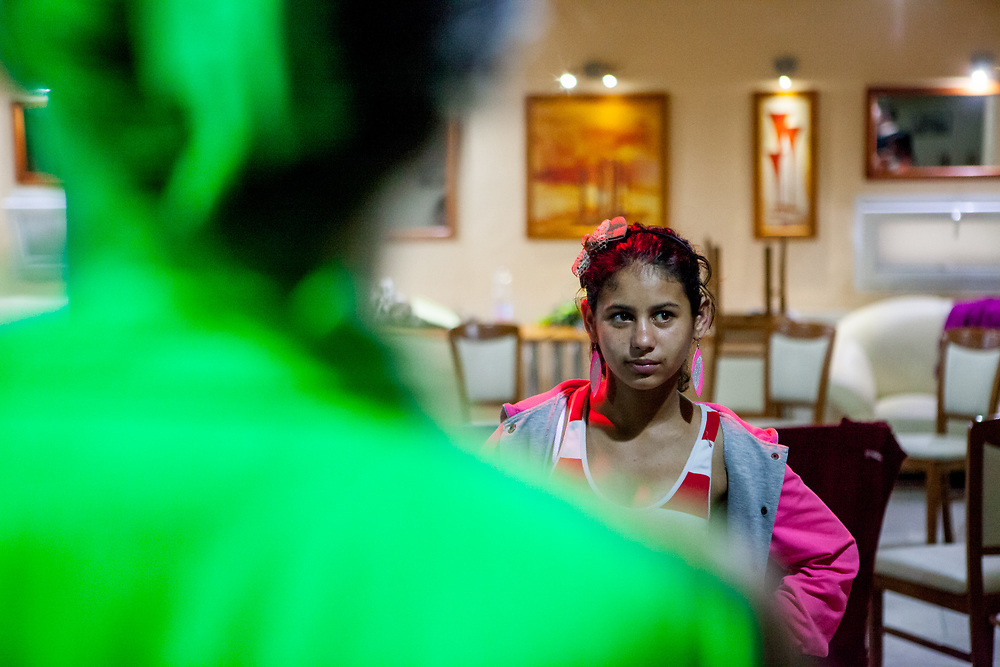