Young visitors sitting on the floor in one of the former prisoner brick barracks at the Auschwitz-Birkenau Nazi concentration camp close to Krakow in Poland. A woman is reading an eyewitness account of a former prisoner with the help of a torch. After a while she can not continue reading and starts to cry, she is passing the paper to somebody else who reads further. It is estimated that between 1.1 and 1.5 million Jews, Poles, Roma and others were killed in Auschwitz during the Holocaust between 1940-1945. The 27th of January 2015 is the 70th anniversary of the liberation of Auschwitz. 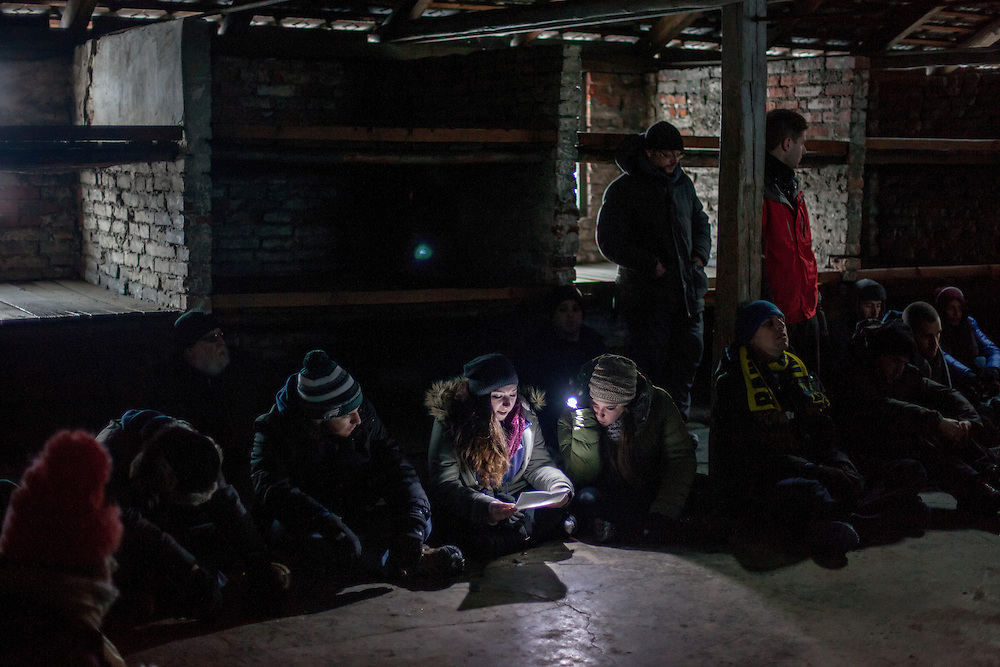