Esther Kroscenova (6) with her mother Daniela Kroscenova (27) leaving back home after being on an enrollment examination (test) of daughter Esther who should be a first class pupil in the school year 2016/2017 in a mainstream school in the city of Ostrava, where Roma and non Roma children are educated together. The school is named ZS Chrustova elementary school. The girls are doing some handicraft during waiting for the test. (NO signed MODEL RELEASE for the person on the left). 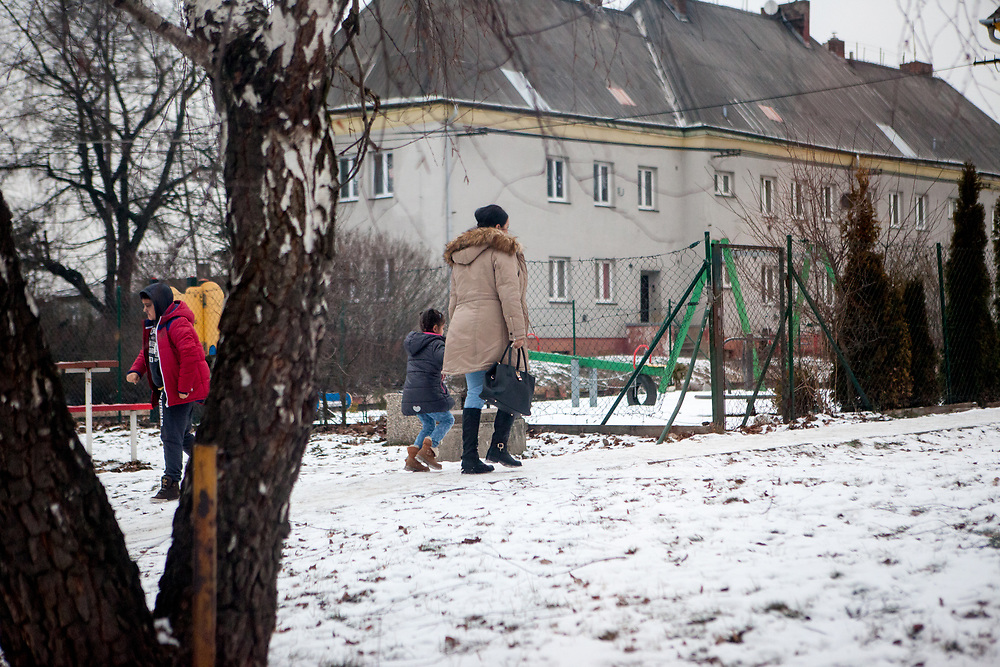