Elvis Causevic posing with the photograph which reconnected us 25 years after the Bosnian war. Elvis was a Bosnian refugee child I met in 1992 at the Varazdin refugee camp in Croatia (he was 6 years old) and with the help of Radio Free Europe and an appeal for Elvis to get in touch broadcasted on Bosnian television, social networks and on the RFERL Balkan Service web page it took just 12 hours to find Elvis, who lives now in Sarajevo, his new home after the war. He is married and has two children. Elvis originally came form the city of Foča and fled the war in 1992 with his mother, sister and grandmother for 18 days through the Bosnian mountains till they reached a save place at the refugee camp Varazdin in Croatia where they stayed for 3 years before leaving for a longer period of time to Munich in Germany before they returned 1999 to Bosnia. 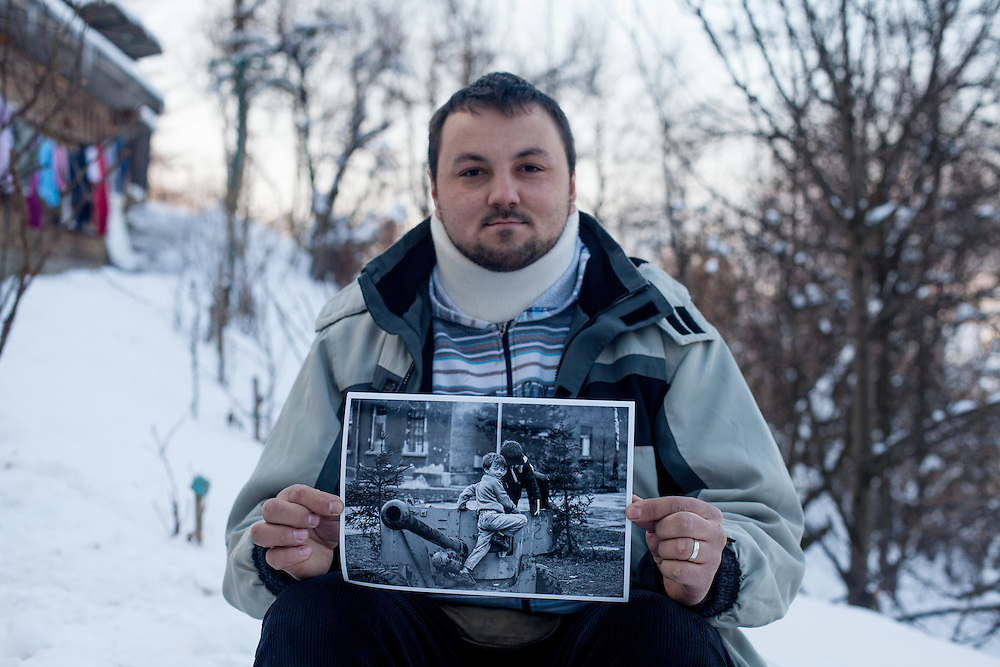