Street portrait of a guest worker from another part of the Russian Federation digging in the deeply frozen ground during temperatures around -30 degrees Celsius in the city center of Yakutsk. Yakutsk is a city in the Russian Far East, located about 4 degrees (450 km) below the Arctic Circle. It is the capital of the Sakha (Yakutia) Republic (formerly the Yakut Autonomous Soviet Socialist Republic), Russia and a major port on the Lena River. Yakutsk is one of the coldest cities on earth, with winter temperatures averaging -40.9 degrees Celsius. 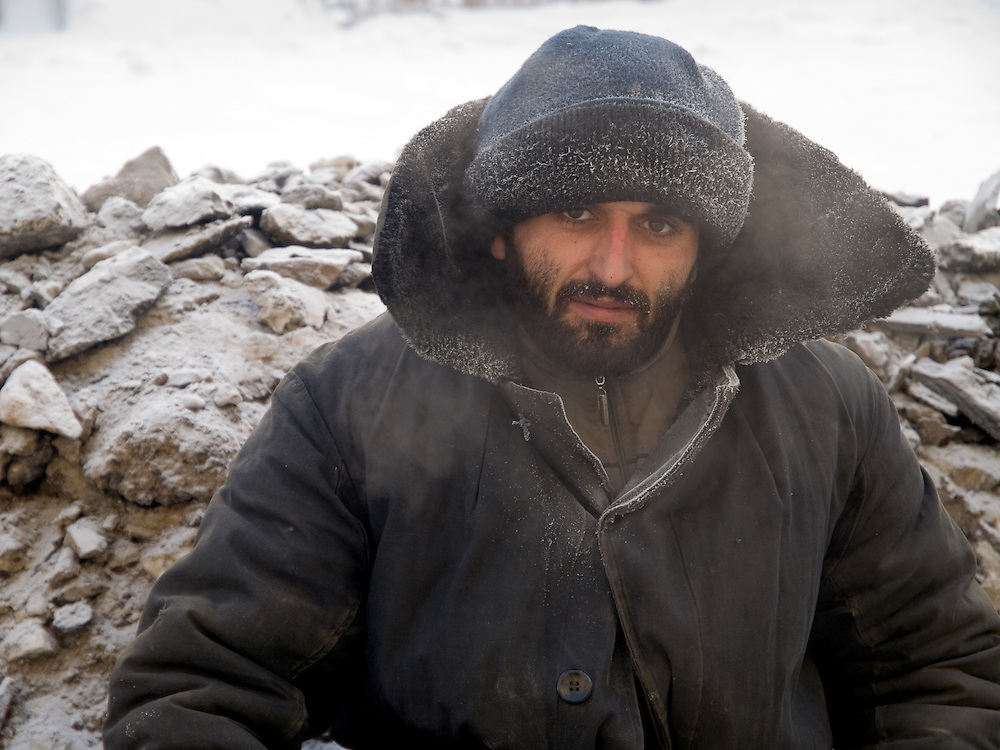