Dionizy Lechowicza, a Polish survivor of the Auschwitz Nazi concentration camp, attending the ceremony to mark the 60th anniversary of its liberation on the 27th of January 2005. In the background are the ruins of the former crematorium. Lechowicz was born on 02.01.1917 and prisoned in Auschwitz Birkenau. He is holding a prisoners list with his name on it dated with the 5th of Ocober 1943. It is estimated that between 1.1 and 1.5 million Jews, Poles, Roma and others were killed here in the Holocaust between 1940-1945. 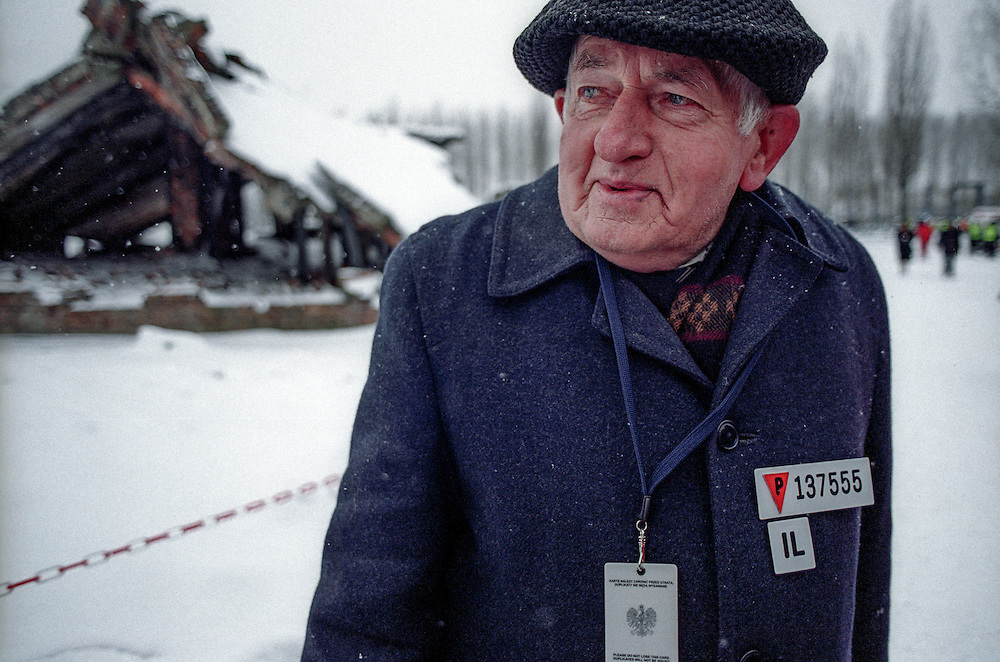