The Razluka brook. People devoting things to the wooden pillar to have further safe driving and good luck on the "The Road of Bones" (M56 Kolyma Highway). It was constructed in the Stalin era of the USSR by Dalstroy construction directorate. The first stretch was built by the inmates of the Sevvostlag labor camp in 1932. The construction continued (by inmates of gulag camps) until 1953. The road is treated as a memorial, because the bones of the people who died while constructing it were laid beneath or around the road. The Verkhoyansk Range (Russian: ??????????? ??????) is a mountain range of eastern Siberia, spanning ca. 1000 km (600 m.), across the Sakha Republic. It forms a vast arc between the Lena and Aldan rivers to the west and the Yana River to the east. It rises to ca. 2,480 m (8,150 ft) in the south. There are coal, silver, lead, and zinc deposits. It lies just west of the boundary of the Eurasian and the North American tectonic plates..The world's lowest temperatures for inhabited places have been recorded in this region, and there is quite deep snow cover for most of the year. Verkhoyansk Range, Jakutien, Yakutia, Russian Federation, Russia, RUS, 18.01.2010 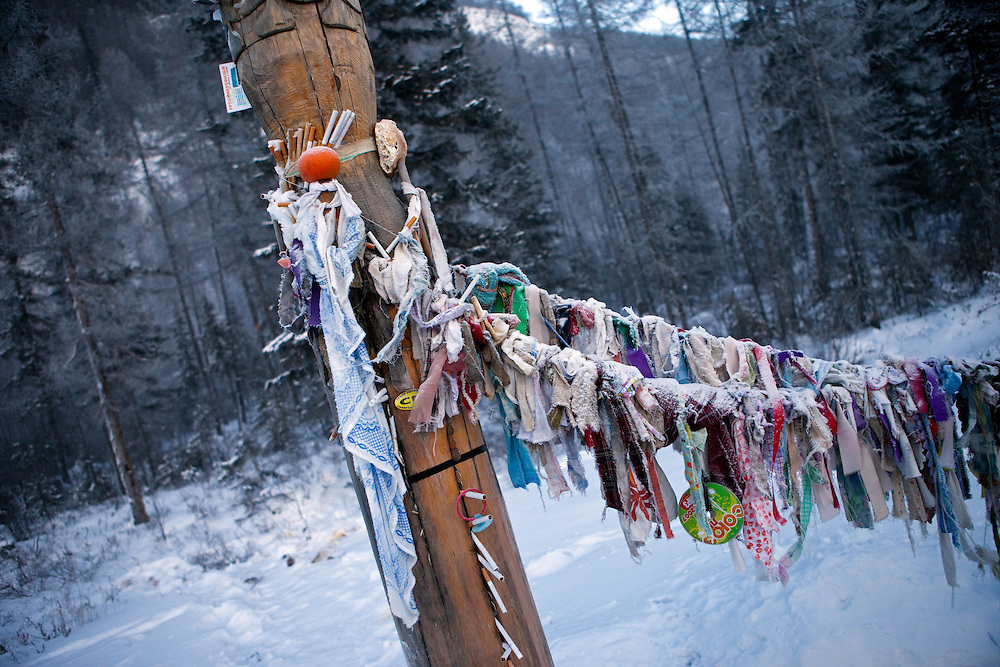