Entrance to Seomun Market which is the largest Korean traditional market in Daegu containing more than 4,000 shops and is particularly known as a source for textiles and sewing services, a key ingredient of Daegu's fashion industry. Daegu, also known as Taegu and officially the Daegu Metropolitan City, is the third largest metropolitan area in South Korea, and by city limits, the fourth largest city with over 2.5 million people. The IAAF World Championships in Athletics will take place in Daegu from the 27th of August till the 4th of September 2011. 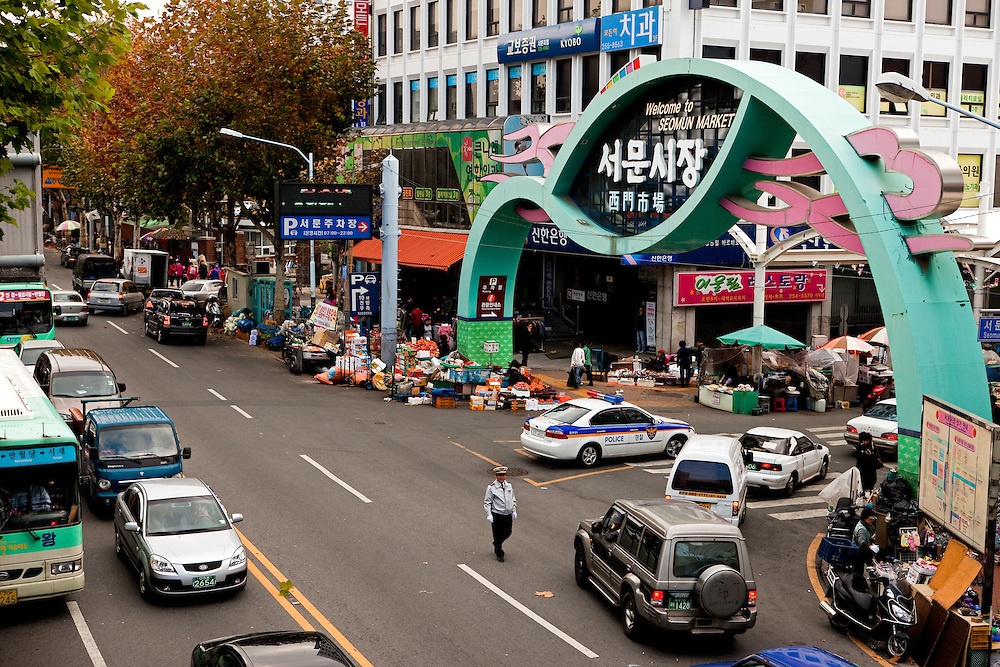