A South Korean soldier inside one of the buildings at the Joint Security Area (JSA). The Joint Security Area or Panmunjom, often called the "Truce Village" is the only portion of the Korean Demilitarized Zone (DMZ) where South and North Korean forces stand face-to-face. The area is used by the two Koreas for diplomatic engagements and, until March 1991, was also the site of military negotiations between North Korea and the United Nations Command (UNC). South Korea, Republic of Korea, KOR, 23rd of March 2010. 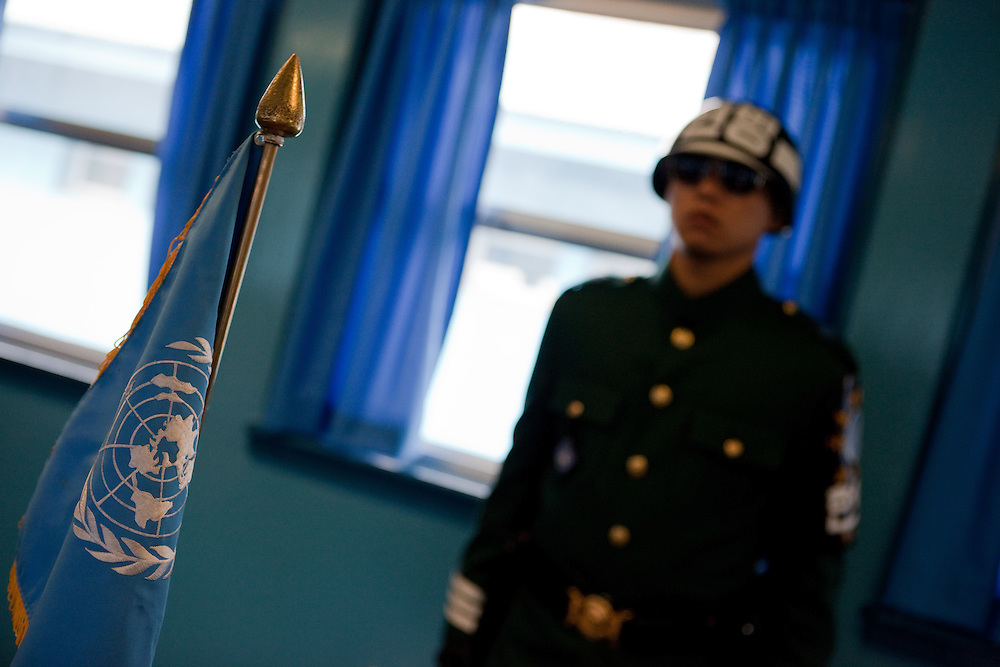