Prisoner belongings from Auschwitz (Oswiecim) and their history

Dress of a little girl which was deported with her mother to the Auschwitz concentration camp during the winter time. The mother sewed the dress for her daughter out of a blanket in the camp after their arrival to protect her of the cold in the camp. The daughter survived Auschwitz and kept the dress for many years at home and later donated it to the memorial. The owners of most of the objects can not be identified, but some belongings were after the war donated to the museum by former prisoners or their families. 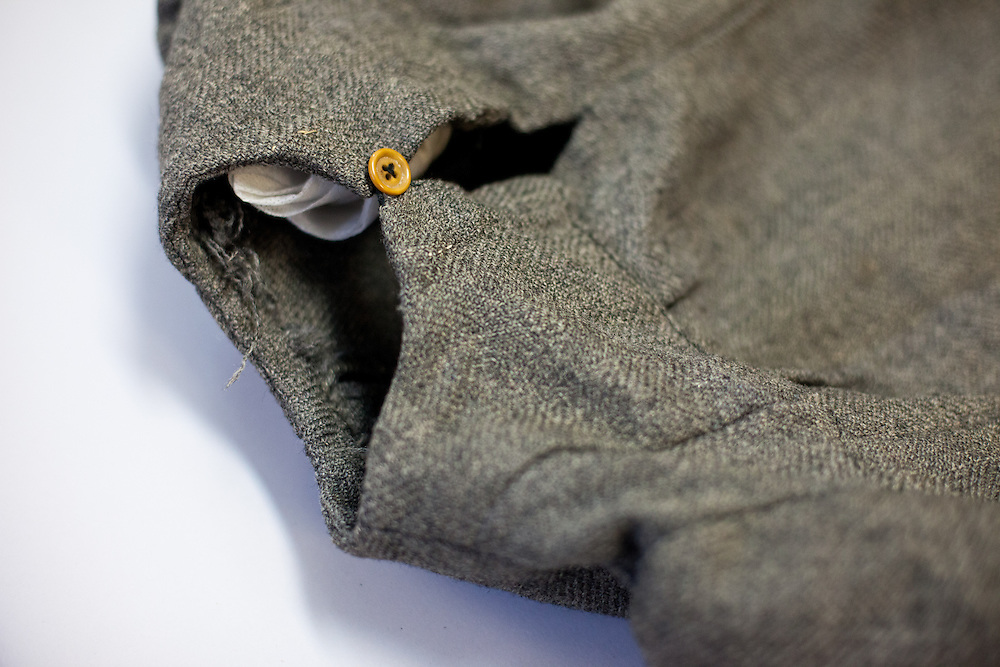