Anapji pond in the city of Gyeongju

People enjoying an evening at Anapji pond in the city of Gyeongju. Gyeongju was the capital of the ancient kingdom of Silla (57 BC - 935 AD) which ruled most of the Korean Peninsula between the 7th and 9th centuries. A vast number of archaeological sites and cultural properties from this period remain in the city. Gyeongju is often referred to as "the museum without walls". / Gyeongju, South Korea, Republic of Korea, KOR, 20th of May 2010. 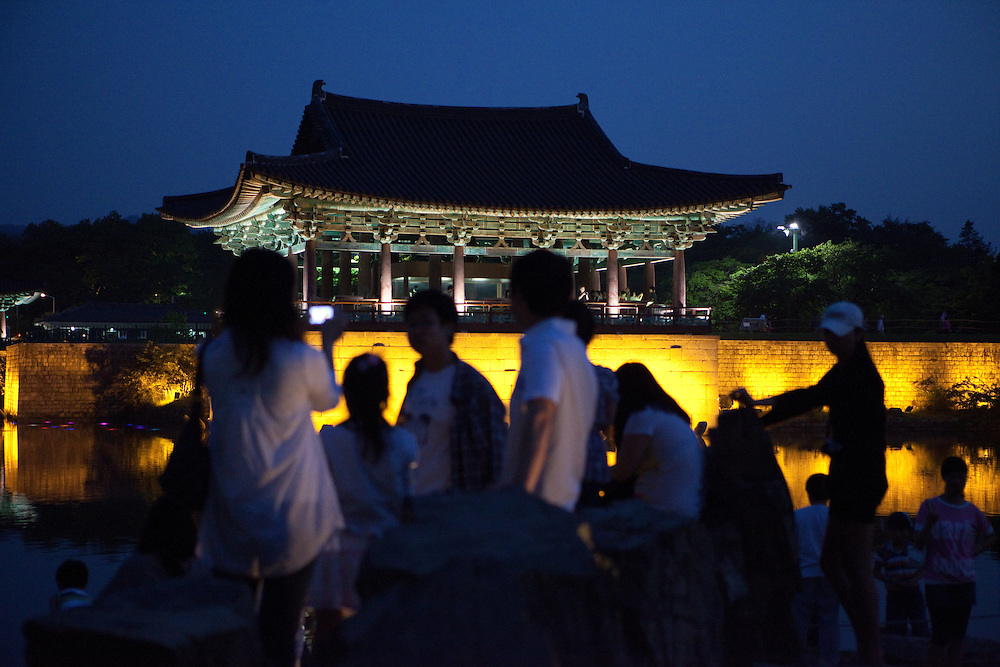